To reproduce, mold and fungus release mold spores into the air. When toxic mold spores float in the air they pose inhalation risks to everyone breathing in the vicinity. They are considered a major allergen, ranking with pollen as the main source of air contamination for allergy sufferers. Inhalation of fungal spores, mycotoxins and other volatile organic compounds may lead to a wide variety of adverse health effects including immunologic (allergic) reactions, toxic mold poisoning, and internal and external infection in humans and animals.

Statistics show that between home, work, and school, most people spend an average of 90 percent of their time indoors. We like to think that our homes are healthy places to live and our offices are safe places work. But just how safe are they?

Some people are sensitive to molds. For these people, exposure to molds can cause symptoms such as nasal stuffiness, eye irritation, wheezing and or skin irritation. Some people, such as those with serious allergies to molds, may have more severe reactions. Severe reactions may occur among workers exposed to large amounts of mold in occupational settings. Severe reactions may include fever and shortness of breath. Some people with chronic lung illnesses, such as obstructive lung disease, may develop mold infections in their lungs. 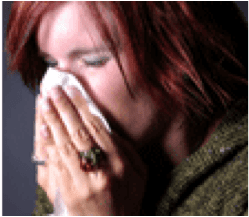 Some molds release volatile compounds into the air, produce unpleasant odors, and have been linked to a variety of specific health problems. Scientists label these compounds “microbial volatile organic compounds” or “mVOCs”. Exposure to mVOCs has been linked to headaches, dizziness and fatigue. According to several health associations, molds produce health effects through inflammation, allergy and/or infection. Allergic reactions are most common following mold exposure. People react differently in their sensitivity to airborne mold spores. The elderly, children and those with respiratory problems and compromised immune systems are most vulnerable to ill health effects of mold. However, even healthy individuals may have adverse reactions to high concentrations of mold in their environment. Typical symptoms that mold-exposed people report include:

Headaches, memory problems, mood swings, nosebleeds, body aches/pains and fevers are also reported in mold cases; however, their cause is not understood.

-> Who Is Most At Risk of Health Concerns From Mold Exposure?

Excessive exposure to mold is not healthy for anyone inside buildings, especially where ventilation is limited. There are, however, certain individuals who are more likely to experience severe reactions to mold exposure. People with allergies tend to be more sensitive to molds. People with immune suppression or underlying lung disease are more susceptible to fungal infections. Other high risk candidates include:

People with these special concerns who live or work in mold contaminated environments should consult a physician if they are having health problems. People who experience unexplained health problems while inside a structure that tend to go away when they leave the structure should consider having an inspection and testing done to determine the likelihood of indoor mold growth being the cause of their symptoms.

Are Some Molds More Hazardous Than Others?

Mold spores are organized into three groups according to human responses:

While Stachybotrys is alive and growing, a wet slime layer covers its spores, preventing them from becoming airborne. However, when Stachybotrys dies and dries up, air currents or physical handling can disturb the mold and cause spores to become airborne. At present there is no environmental test to determine whether or not Stachybotrys growth found in buildings is producing toxins. Nevertheless, since the health effects of mold on people and animals are the same whether the mold is viable (alive) or non-viable (dead), whenever testing confirms the presence of Stachybotrys indoors, appropriate remediation steps should be taken immediately whether the mold is growing or not.

The amount of mold present is more concerning than the types. Experts will argue about which molds are potentially more hazardous than others. But more concerning are the levels of airborne spores than the types of molds present indoors. Stachybotrys and other toxigenic molds such as Chaetomium, Aspergillus and others are absolutely undesirable to have growing indoors and should always be taken seriously. A few rogue spores of toxigenic mold in an air sample is far less worrisome than a few million spores of the common molds such as Penicillium or Cladosporium.

Consider this – if you open a bottle of Clorox bleach outdoors and hold it to your chest – how long will it take you to get sick? You probably won’t get sick outdoors in the open air. But if you open that same bottle of bleach indoors in a small enclosed space such as a bathroom – how long will it take you to get sick? In just a few moments your eyes will be irritated to tears, your nose and throat will be burning, and you will most likely become violently ill, vomiting and unable to get the smell and taste of bleach out of your nose and mouth for days. Why? It’s the exact same bottle of bleach regardless of where you open it, right? So what’s the difference? The difference is the space in which you are exposed to the bleach. And so it is with mold. You can take the exact same molds that are outdoors right now, not bothering anyone in the open air, place them indoors in an enclosed environment and multiply them by 100, or 1,000 or a million, and you will have a very toxic environment, regardless of what types of mold it is. That is why testing is so important.

How Can I Be Exposed to Mold?

Illness from mold exposure can only occur one of three ways: (1) through absorption into the skin; (2) ingestion; or (3) inhalation. While it is never good to have mold growing indoors, if it is, you are not necessarily exposed to a health risk just because it’s there. Nobody gets sick looking at mold on a wall. But when mold is disturbed, spores are released into the air and you can then be exposed to those spores through the air you breathe. Also, if you directly handle moldy materials, you can be exposed to mold and mold spores through contact with your skin. Eating moldy foods or hand-to-mouth contact after handling moldy food is yet another way you may be exposed. Other than children who don’t know any better, most people would not intentionally touch mold or knowingly ingest it. However, disturbing mold can easily send billions of spores in the air and create an immediate health risk within an enclosed indoor environment. 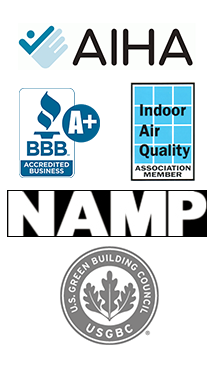 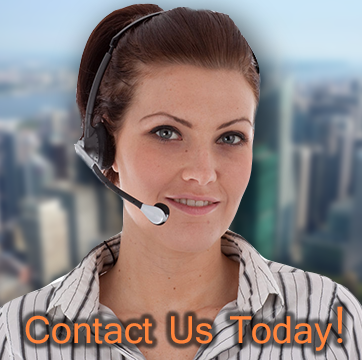